SBS NOVA | Yikes! It’s that Bad? The 1040 tax instruction publication lays it all out
17018
post-template-default,single,single-post,postid-17018,single-format-standard,ajax_fade,page_not_loaded,,qode-theme-ver-11.0,qode-theme-bridge,wpb-js-composer js-comp-ver-6.9.0,vc_responsive

Yikes! It’s that Bad? The 1040 tax instruction publication lays it all out

04 Mar Yikes! It’s that Bad? The 1040 tax instruction publication lays it all out

Posted at 19:54h in What's New by Karen Dolan
Share

Any way you look at it, the federal government’s spending habits are a big mess. As required by law, in every Form 1040 instruction booklet there’s a section that shows where our federal government gets its money and where it is spent. As taxpayers, it makes sense to know this information. Here is the data for the government’s fiscal year ending September 30, 2020, as reported by the IRS in the 2021 instruction booklet for Form 1040: 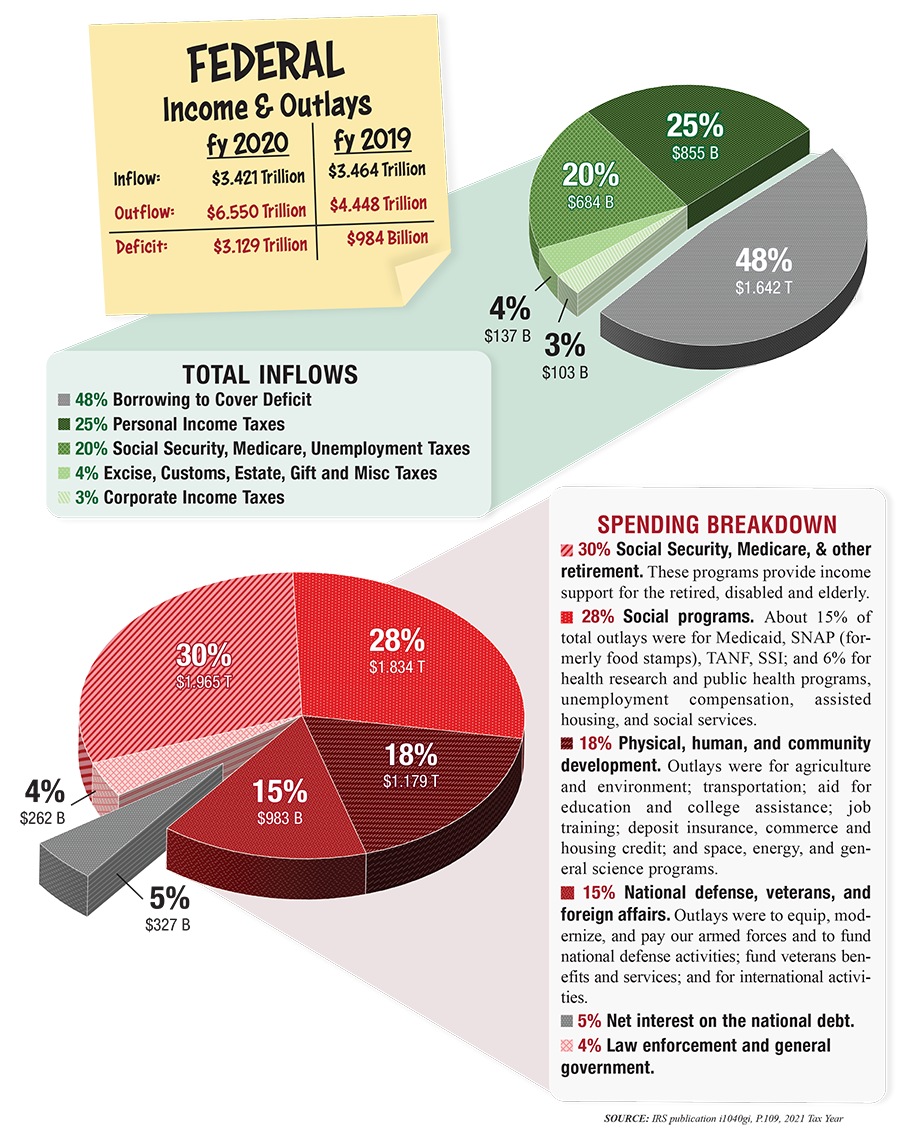 Spending more than you bring in will cause big problems…eventually. Money doesn’t just magically appear on printing presses. That money has to come from someplace and that someplace is from everyone. It is not a hopeless situation, however. Make your voice heard…it’s your money!